"Everyday is a shootout. My advice, amigo... be faster on the draw."
Hang on to yer bonnet! This fast-paced, twisting ride is chocked full of Wild West Heat! Coming in it's full glory in 2020!
It started in February 2011, under the pen-name, "Ghost of the Gulch". HillJack Russell delighted readers worldwide, keeping them on the edge of their seat, sweating it out for a beloved, un-named gunslinger.

In the Gunslinger's Saloon (an online forum dedicated to the popular app, High Noon), readers walked with the gunfighter, feeling just what it was like in his boots. From those days, 68 chapters were written.

But the fans called for more of this epic, ongoing saga known as... Enter The Gulch by Ghost of the Gulch.

No one ever knew who the mystery writer of the global phenomenon was, until HJ revealed it was him in May 2015 after the High Noon game app had closed up shop.

After High Noon closed up shop in 2015, HJ took a short break.
But now... the story continues. Look for an all new Western Lore in 2019.
Enter The Gulch was The Most Popular Thread of All-Time on the High Noon Forum 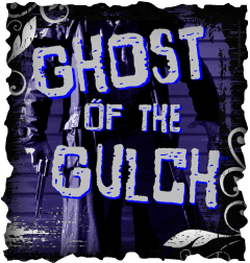 A lonesome gunslinger drifts into a rough Gulch town, with guns, gold & girls on his mind.